Knowing the exact time is not an end in itself and not only helps to get the train on time. Many modern technologies such as GPS navigation and fiber optic data transmission would be impossible without high-precision clocks.

The atomic clock in Germany is operated by the Physikalisch-Technische Bundesanstalt in Braunschweig and its time clock is derived from the frequency of radiation transitions of the electrons of free atoms. Atomic clocks are currently the most accurate clocks and are also called primary clocks.

In order to determine an exact time, caesium atoms are measured in different energetic states:

The Cs atoms are vaporized in a furnace and magnetically sorted, so that only atoms of a low energetic state reach the so-called cavity resonator. In this cavity the atoms are animated to change their state by irradiation with a microwave field. The atoms that have changed their state are now collected in a special chamber. Since the amount collected is greatest at a certain frequency of the microwave field, the frequency is held and counted.

History of the atomic clock

As early as the 1930s, the American physicist Isidor Rabi suggested designing an atomic clock. Rabi had carried out extensive investigations into the magnetic resonance method.

In 1946 the world's first atomic clock was presented and in 1949 the National Bureau of Standards (NBS) in Maryland/USA (today NIST) developed an atomic clock using ammonia molecules as vibration source. This atomic clock was already revised in 1952 and now operated using caesium atoms (so-called NBS-1).

Soon the atomic time was defined as an international standard for the second, since with these clocks incomparably exact gear results could be obtained.

In October 1967, the duration of a second in the international system of units was defined as 9,192,631,770 times the periodic duration of the radiation corresponding to the transition between the two hyperfine structure levels of the ground state of atoms of the 133C nuclide.

Since then, the accuracy of atomic clocks has been continuously improved. Thus, the relative standard deviation to the ideal SI second at the end of the 1990s was about 5*10-15 (corresponds to a deviation of one second in 20 million years).

The newer atomic clocks function on the basis of thermally decelerated atoms in the so-called caesium fountain, in which caesium atoms are cooled down to such an extent that they are only about one centimetre fast per second, which further increases their accuracy.

In the "fountain", the atoms slowed down in this way are finally accelerated upwards by a laser and traverse a ballistic trajectory. With irradiated microwaves, the effective interaction time of the atoms is then extended and a more precise frequency determination is achieved.

Whereas atomic clocks have so far been based on measuring the frequency of an atomic resonance, optical clocks use the frequency of light, because visible light has a frequency about 50,000 times higher than the microwave radiation used in caesium.

The aim is to achieve an even higher measurable accuracy with an atomic clock that works with an optical resonance. This has been the subject of research for several years.

Researchers are approaching this goal with experiments on elements that have suitable transitions at optical wavelengths. In this way, frequencies of hundreds of TeraHz are reached, which are significantly higher than the conventional 9 GHz. A laser is stabilized to a narrow-band transition and individual atoms are stored in an atomic trap. Subsequently, the stability of the frequency of this laser light is transferred with a frequency comb to a periodic electrical signal without loss of accuracy.

The optical atomic clock, which was presented by physicists from JILA in Boulder (Colorado) in February 2008, is based on spin-polarized 87Strontium atoms trapped in a lattice of laser light.

In cooperation with NIST in Maryland/USA, the precision (not to be confused with accuracy) of an optical atomic clock with spin-polarized atoms (approx. 10000 ytterbium atoms) could be improved to 10-18 at PTB.

In 2012, China also presented an optical clock based on calcium ions developed at the Academy of Sciences in Wuhan.

In addition to research and development on high-precision atomic clocks, the construction of inexpensive, small, lightweight and energy-saving atomic clocks is playing an increasingly important role for science and practice.

These clocks are developed, for example, for use in satellites of satellite navigation systems such as GPS, GLONASS or Galileo and are intended to help increase positioning accuracy.

A milestone was the development of a Rubidium atomic clock in 2003, which can absorb an electrical power of one watt at a volume of only 40 cm³ (with a relative standard deviation of approx. 3*10¯¹² and thus a deviation of one second in 10,000 years). Although this deviation is much greater than for the large stationary atomic clocks, it is still much more accurate than a quartz clock. 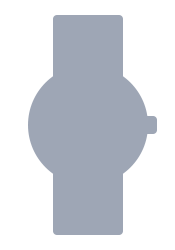 Uhrzeit.org uses cookies both to implement essential functions of the shop and to measure visitor behaviour on our pages, as well as to be able to offer content relevant to our users and personalised advertising on our and third-party sites. Usage refers to information on the use of the pages and the devices and programs used for this purpose. By clicking the 'OK' button, you consent to the use of cookies on these pages, including those from our marketing partners. If you do not agree to this use, click here or use the 'Settings' button to set your preferences.